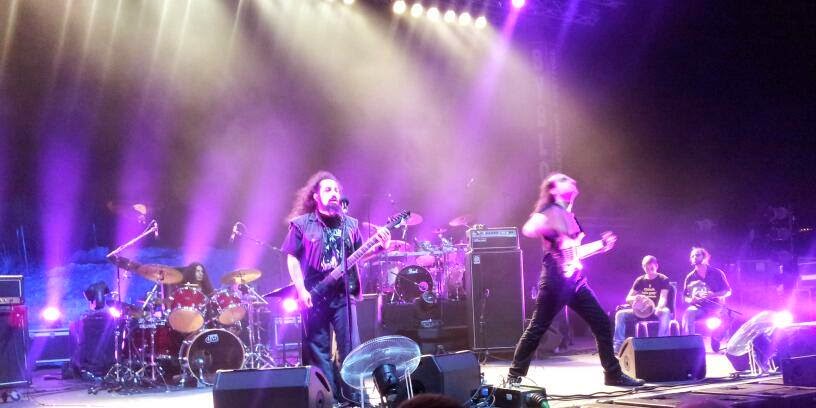 That was on the 25th of July, on the 2nd of August Blaakyum performed at Byblos international festival. Never before did an international Lebanese Festival approach a local Lebanese band… This is a step forward for the Lebanese Metal Scene to get the recognition it deserves, we are not noise, we are not marginal people, we are not drug addicts nor people of the occult, we are talented musicians and people with a peculiar taste in music, we are free thinkers, we question everything and this is reflected in our music… For this we need to thank Buzz Production, Byblos Festival organisers, Epica band and management, Radio One crew and management, and Jim Beam… Truly as is Jim Beam slogan, they are making History… We shall Rise with the Scene \m/
Posted by Sir Black at 4:49 am 2 comments: