What can we say about The Saida Metal scene? These people are HUNGRY for Metal, And we really enjoyed their interaction. We loved the stage and the venue! We would like to thank Maarouf Saad Cultural Centre because they supported us in a way we never expected! We were more than happy to see that there are still people in Lebanon that appreciate alternative arts no matter how that art would seem weird for them.

Saida we are DEFINITELY coming back \m/

Here is a video shot by a fan, the sound of the clip is not very good, but well this is how fan videos usually are. Cheers.
Posted by Sir Black at 11:58 am 1 comment: 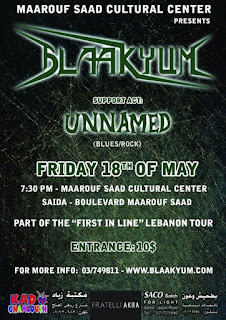 After touring most of Lebanon we are about to land in Saida. As most of the places we go, we have no idea what to expect as most of these events are based on he local metalheads of each area, so far we have noticed that Zahle has a really bigger Metal Scene than we expected, and we have witnessed the unfortunate downfall of Tripoli Metal Scene, during the first decade of the millennium Tripoli had the best metalheads, the most enthusiastic and musically educated and the scene was in my opinion even way better than Beirut. But we have discovered in our last gig in Tripoli that things has changed and that the metal scene in Tripoli is dead.
So let us hope that Saida would far better...

Here are the event description:

As part of its "First in Line" Lebanon tour, Blaakyum will be performing @ Maarouf Saad Cultural Center in Saidai, on Saturday the 18th of May.

Tickets are available in Saida at:
AUL, AUST, LIU and the Lebanese University

As the tour goes one, here are some pics taken by the fans, from our Tripoli show: 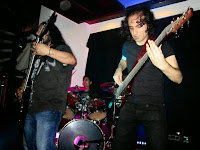 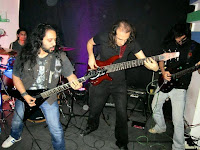 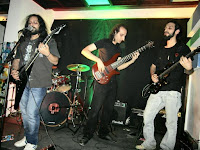 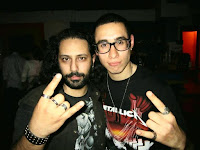 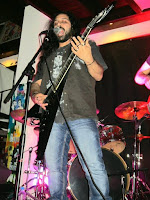 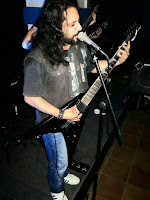 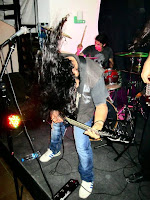 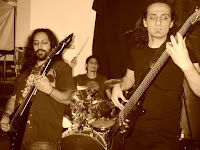