The Pilgrimage of Blaakyum in 30 days 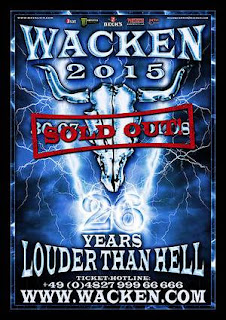 Only one month to go before Blaakyum becomes set on its pilgrimage to the Holy Land of Metal: Wacken Open Air 2015, the world’s biggest Heavy Metal festival, now in its 26th year!!! This year’s line-up features giants such as Dark Tranquility, At The Gates, Black Label Society, Annihilator, Death Angel just to name few. Check the festival website and the awesome 140 bands performing there here.


We are proud and honoured to be the first ever band to represent the entire Middle East in the W: O: A: Metal Battle. We will be performing at the battle on Wednesday July 29 at 12:40pm at the W:E:T: stage.  Join us in making history at Wacken and showing that a Metal scene can exist strong and hard in the Middle East!