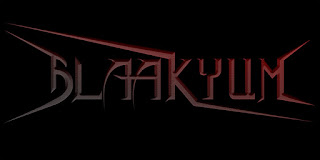 It was worth mentioning that the Middle Eastern Scene has become a major point of attraction and that it has established itself as a main contributor to the new talents in the International Metal scene and Metal music under all it's sub-genres. It is more than obvious that MENA will play a major role in the New Age of Metal and will carry on the flame. So when Blaakyum and Cenotaph were announced to perform in Metal Heads' Mission Festival 2012, it was a great thing to see two bands from the Middle East preparing to assault Ukraine with Heavy, Thrash and Death Metal.

But then came the greatest news I have ever heard since I ever became a Lebanese Metalhead; Kimaera will join the set, so we can all add Doom to the list above \m/. There are no words that can describe my joy and enthusiasm, if I was so looking forward for our show in Ukraine (the second show we give in Europe after London in 2007, and the first in Eastern Europe) now I am looking forward for it a hundred folds. Having Kimaera with us in MHM Fest in Ukraine just boosted the band and my personal feeling of pride. There is nothing greater than sharing the stage with our Brothers... Kimaera and Blaakyum will be hitting the stage in Ukraine and we cannot wait to show everyone some good skull crushing head banging Lebanese Metal.

Here is for a United Lebanese Scene \m/